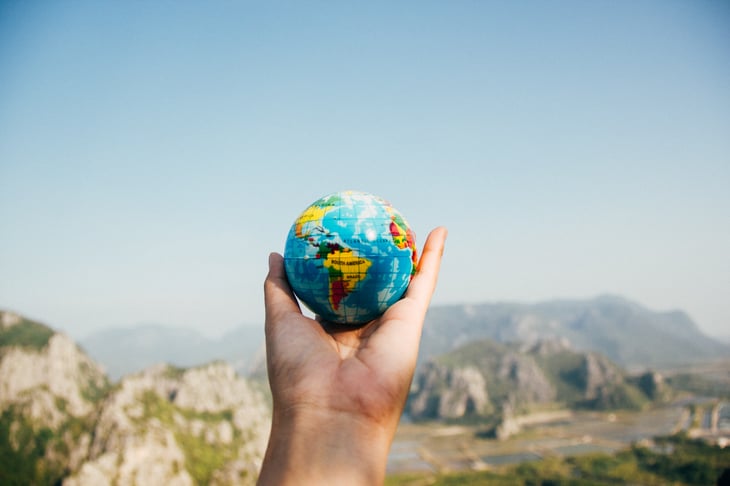 The attraction to Bermuda is obvious. The historical ambience, reef-fringed clear blue waters, pink-sand beaches, unique architecture and an array of high-end desirable activities, such as championship golf courses make it a popular destination. Although there’s so much about Bermuda you may not know.

From glow in the dark worms to its connection with John Lennon, here are 11 interesting facts about Bermuda that you need to know before you go.

The Bermuda fireworm is already a remarkable creature during the day. It’s about 4cm long, red and covered in little bristles that sting if you touch them.

In the summer months, between May and November on the third night after the full moon and 56 minutes after the sunset (yes, it really is that exact), the worms go crazy. Females start swimming up from the sea bed, usually in a protected bay, releasing a luminescent slime to attract males. Neon circles on the bodies of the males pulse with passion and they are ready to mate.

If you want to see the ocean spark with green light, try Ferry Reach Park.


2. It’s the Shipwreck Capital of the World

Bermuda’s extensive coastal reef and the occasional big storm are the perfect conditions for shipwrecks. To date, over 300 wrecks have been found dating back to the 1600s.

As the wrecks aren’t in especially deep water, it’s possible to see them when you’re snorkeling. You’ll get to see the Cristobal Colon, a 499 foot Spanish Luxury Liner that sank in 1936, the Constellation, the Montana and many more sitting on the ocean floor.


3. Sailors Once Thought There Were Demons Here

Spanish and Portuguese sailors didn’t fancy their chances against the treacherous reefs, but they were equally frightened of the strange sounds that emanated from the islands as dusk fell.

It’s claimed that the noises sounded like hundreds of babies screaming out in unison and the superstitious sailors jumped to the conclusion that demons, sea monsters and witches haunted Bermuda.

The howling noises were actually from cahows - an endemic species of seabird - making those noises in the hope they’d attract other birds to breed.


4. Birds Have Been Brought Back From the Brink of Extinction

Speaking of those demon-like cahows, they were thought to have been extinct as a breeding species for 330 years. In 1951, however, a scientific expedition went to the islets around Castle Harbor where seven burrows were found.

A schoolboy named David Wingate was one of the expedition members and after completing his degree, he went on to save the species. He created a sanctuary for the birds on Nonsuch Island, working tirelessly to protect the cahows for five decades. Now there are over 100 birds remaining.


5. You’re Only Ever a Mile Away From the Ocean

Bermuda is actually an archipelago made up of seven main islands and a multitude of smaller islets with an average width of one mile. It’s only 25 miles long and is two miles wide at its widest point.

No more than a one-mile walk will bring you within toe-dipping distance of the deep blue sea that you’ll be so tempted to dive right into.

John Lennon had a real connection with Bermuda, crediting both his ocean crossing and the time he spent in Bermuda with revitalising his creative energies. The former Beatle - who hadn’t released an album of original material since Walls and Bridges in 1974 - ended up completing more than 20 songs while in Bermuda. 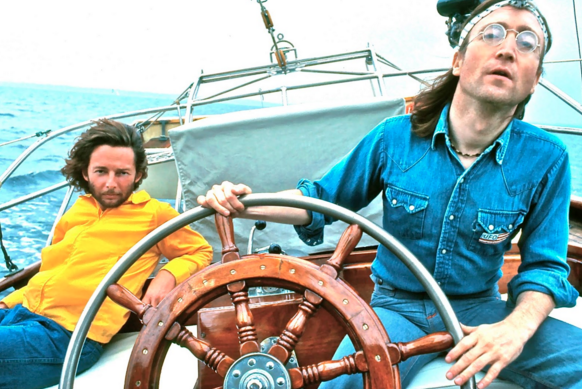 Lennon sailed to Bermuda from Rhode Island aboard the 43-foot yacht, ‘Megan Jaye,’ before renting a house in Fairylands for several weeks.


7. At One Stage, There Were Only Three People on the Island

There were no native people on Bermuda, so the Sea Venture’s wreckage marked the beginning of human colonization. However, most of the settlers didn’t fancy sticking around and left as soon as they managed to cobble some new ships together.

Only three people stayed behind in what we now know as Bermuda while the others left. That was until 1612 when a ship called the Plough arrived with the intention of settling here.


8. New Year’s Is Celebrated With an Onion

Bermuda used to export a lot of onions and we were famous for growing some of the best in the world. They were so popular, the US growers got wise and planted their own onions, branding them as ‘Bermuda onions’ and sold them.

The legend of the onion still lives on in Bermuda at New Year’s. Upon the stroke of midnight, a giant onion that’s fully decked out in Christmas lights is dropped from the Town Hall in St. George’s Town Square.

The Sea Venture shipwreck was big news in England. That wreckage somehow inspired William Shakespeare to write a play set on the remote island. The original plan for The Tempest was that it was going to be set in the Mediterranean.

However, the island in the play happens to feature noisy birds and is populated by pigs. The play also mentions a drink made of cedar berries, sounding exactly like the beverage of choice for the early settlers of Bermuda.


10. Bermuda Is a Golfer’s Paradise

If you love a round of golf, then Bermuda will be your idea of heaven with championship golf courses wherever you turn. Bermuda actually has more golf courses per capita than any other country in the world - it’s no surprise why this activity is hugely popular here.

11. Believe It or Not, Bermuda Isn’t in the Caribbean

Perhaps the biggest misconception about Bermuda is that it’s part of the Caribbean and a stone’s throw away from Jamaica or even Cuba.

It’s actually much further northeast and is over 750 miles away from the Bahamas. In fact, Bermuda is actually closer to North Carolina’s Cape Hatteras than it is to the Bahamas!

This is just scratching the surface, there’s still so much to see and do in Bermuda that we can’t possibly list everything here.


See More on What Bermuda Has to Offer All-Year Round

Go ahead and download our 12 Months in Bermuda guide to see what else the luxurious escape of Bermuda has to offer.

You’ll find plenty of information and tips on the types of activities available places to see, cuisine to try, the perfect times to visit and so much more. Grab your free copy using the link below.