What’s the Standard of Living in Bermuda in Comparison to the Rest of the World?

When comparing the standard of living in Bermuda to other countries, many assume that it’s either in the Caribbean or is a third-world country. Neither of these are true statements and when you break it down, Bermuda can be compared to popular countries like the US, Canada or even famous European destinations. It’s modern and cosmopolitan.

From transport to hospitals, here’s the standard of living in Bermuda compared to the likes of the Caribbean, the United States and Europe.

As expected, the US has a brilliant transport system which makes it easy to get across the country. The famous yellow cabs, airplanes, buses and trains are just some of the transport examples.

The US is also famous for its subway systems, a mode of rapid transport making it easy to go from A-B very quickly.

European countries also have high-quality transport methods. In Denmark, for example, planes, trains, buses, ferries and boats are all common modes of transport when navigating across the country.

With the Caribbean being made up of different countries, the transport systems can vary. In a popular destination like St. Lucia, for example, public transport isn’t the most convenient option and can be time-consuming.

The most common way of traveling is by using the bus, although it’s known to be quite an unreliable service and can be confusing. Taxis are another popular mode of transport in St. Lucia and one of the two airports can be used to fly internationally.

When it comes to Bermuda, you have plenty of options that showcase the island’s transport system. There are 11 bus routes in Bermuda, which connect almost all corners of the beautiful island and the many ferry routes are another quick way to get around. There are even fast ferries, which take you from Hamilton to Somerset in about 30 minutes, with great views of the island from the ocean.

That’s not to mention taxi services, scooter and electric minicar rentals, minibus and van services, bicycle rentals and horse-drawn carriages. Bermuda can hold its own in terms of transport compared to other countries so you can take in the beautiful sights with ease.

Despite not having a universal healthcare program, the US does have some of the finest hospital and healthcare facilities available. However, while these facilities might be world-class, the US healthcare system is one of the most expensive and worst-performing in terms of health access.

Sticking with the Denmark example for Europe, the Danish healthcare system is universal and offers high-quality services to residents. Like the US and the rest of Europe, Denmark also has some world-renowned healthcare facilities.

A developing country in the Caribbean, like St. Lucia, has medical facilities which aren’t as advanced as you’ll find in the likes of the US, Europe or Bermuda. The major medical facilities can be found in Castries and Vieux Fort, but the public system is thought to be quite slow and inefficient.

Bermuda holds its own with the impressive King Edward VII Memorial Hospital. The state-of-the-art facility houses over 1,800 employees, so you can be sure that, should you need to visit the hospital, you’ll be seen quickly. Here, employers need to provide a healthcare plan and, in some cases, pay for up to 50% of the cost for each employee. 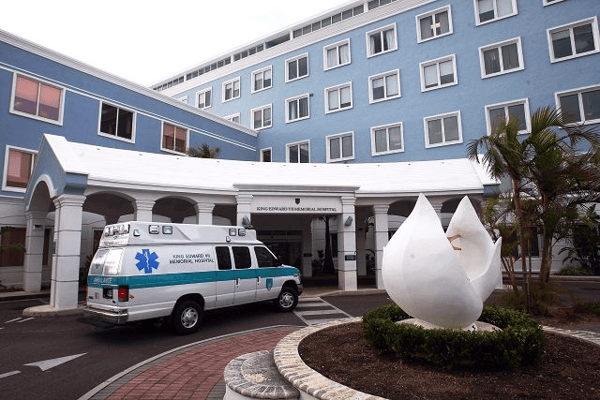 In what was constructed as a single unit, the hospital has purchased nearby buildings and a brand new wing was created as recently as 2014. So, you can be sure that you’re in the safest hands with the latest technology being used.

The US is one of the biggest countries in the world which means it’s home to thousands of different schools and colleges. There are said to be over 130,000 elementary schools with New York schools alone enrolling almost one million students.

While not having as many schools as the US, Denmark in Europe also has high-quality educational facilities for students, which are said to be some of the best in the world.

A Caribbean hotspot like St. Lucia has just over 100 schools. Despite not having the same world-class facilities, significant changes have been made to make sure children receive a quality education. Bermuda, on the other hand, has only 38 schools all of which use state-of-the-art technology.

These schools teach about 6,000 students including preschools, primary schools, middle schools, senior schools, baccalaureate programs, a college and many part-time and online courses.

Many children around the age of 14, go to boarding schools off-island, to get a broader peripheral education. But basic education here is high, and after school sports and hobbies programs are abundant.

The US, Denmark and Bermuda all have stable economies. The US is a highly developed mixed economy and the world’s largest in terms of nominal GDP. The nation’s economy is fueled by abundant natural resources, infrastructure and high productivity.

Denmark’s economy is a modern one with comfortable living standards. Here, the economy is dominated by the service sector while St Lucia’s economy primarily relies on the sale of bananas and tourism.

Bermuda has one of the highest per capita incomes in the world, mainly fueled by offshore financial services who have a significant presence in Bermuda’s capital, Hamilton. Tourism accounts for an around 28% of Gross Domestic Product (GDP), 85% of which is from North America.

The standard of living is quite high, which also reflects on the cost of living on this beautiful island. While it might be higher than the likes of New York, the added cost is worth it to experience the enviable calmness that’s so hard to find elsewhere in such beautiful surroundings.

If you want to find out more about moving to Bermuda, then you’ll benefit from downloading our guide.

Whether you’re questioning the entry requirements, the economy in more depth or even the climate, we’ve created the ultimate resource to answer all of your burning questions about Bermuda.

You’ll find out about how you can enjoy the lifestyle, the language, culture and much more to help you perfect your trip to Bermuda with your very own vacation home. To get your free copy, use the link below.