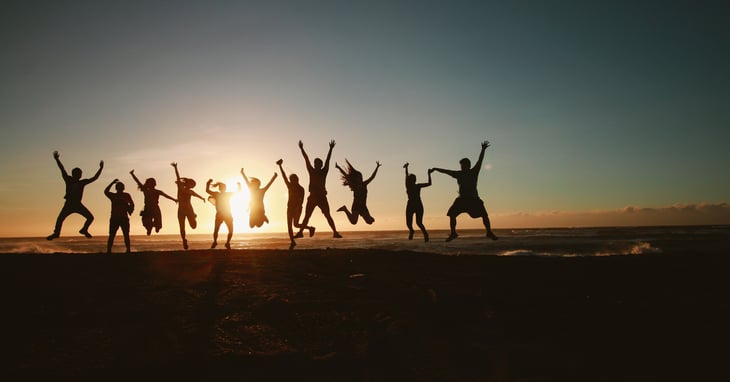 What Is the Population of Bermuda and How Has It Changed Since Settlement?

The dream getaway known as Bermuda is now famous for its historical ambience, reef-fringed clear blue water, pink sand beaches and unique architecture. While the attraction is obvious, people still have many questions about this desirable destination. One of those is usually, ‘What is the population of Bermuda?’ Currently, it’s 62,506 but it hasn’t always been that way…

The Sea Venture - Three People Remain on the Island

Bermuda has now transformed into one of the most luxurious getaway destinations possible. To truly understand how popular the modern and dynamic destination of Bermuda is, just look at the tourist stats and how many choose this safe haven each year. And they keep coming back.

Currently, well over 650,000 people visit Bermuda each year. However, 2017 was a record year as 693,000 people visited these beautiful shores. But rewind to the year 1609 and the unfortunate wreckage of the Sea Venture to see where it all began.

Before this wreckage, there were no native people in Bermuda. Although, Juan de Bermudez did accidentally discover Bermuda in 1505, but left because it was so small. The shipwreck marked the beginning of human colonization but most of the settlers didn’t want to stick around. As soon as they could cobble some new ships together, they left.

The Spanish and Portuguese sailors didn’t fancy their chances against the treacherous reefs. However, one of the main reasons why they wanted to leave was because of the strange sounds coming from the island as dusk fell.

It’s claimed that the noises sounded like hundreds of babies screaming in unison. Superstitious sailors assumed that demons, sea monsters and witches haunted Bermuda. The reality? They were cahows, birds which many believed had been extinct for 330 years until an expedition in 1951 proved otherwise.

Following this, there were only three people that stayed behind in Bermuda. That was until 1612 when a ship called the Plough arrived with the intention of settling here…

The Plough - Settlers Begin to Make Bermuda Their Home

Within three years, Bermuda became a British territory and remains one to this day. In 1612, The Virginia Company sent a party of 60 colonists to Bermuda on the Plough, commanded by Richard Moore. Moore and the colonists then started to build a settlement called New London, what we now know as St. George.

The following year, Richard Norwood arrived on the island and then divided it into nine parishes. Three years later in 1613, the first slaves were brought to Bermuda.

Although Bermuda’s first settlers were British, the island’s population quickly became culturally and racially diverse. This was due to the slave trade as well as an influx of immigrants from the West Indies and Portugal to help shape the Bermudian culture as we know it today.

Since the arrival of The Plough, more and more settlers slowly came to Bermuda as the population steadily increased throughout the parishes. Another notable milestone in Bermuda’s population history came in 1849, with the appearance of the first Portuguese immigrants from Madeira.

They came to work in the island’s agricultural sector and helped the now-iconic Bermuda onions become a major export.

As Bermuda advanced alongside the rest of the world, the population continued to increase. Tourism in Bermuda started for the first time in the mid-1800s during the Victorian era. The wealthy and elite classes of America would vacation to the island to escape North American winters.

As of 2019, Bermuda actually holds the highest population of all the British Overseas Territories. Today, most of Bermuda’s 60,000 residents proudly trace their roots to British, African, Porugese and Caribbean bloodlines.

The Demographics in Bermuda

In the early days of Bermuda, the early settlement was predominantly made up of white Anglo-Saxon ethnic groups. However, the slave trade brought in many African slaves, the Portuguese also settled here and by the end of the 17th Century, Bermuda’s population was self-sustaining and expanding.

Here are the demographic figures for Bermuda from the latest Census Report in 2016, where the population was at around 63,779.

Bermuda’s Population vs. Other Major Cities

The short flight times and an array of high-end, desirable and enviable activities are just some of the reasons why people love to come to Bermuda. It’s also attractive because the population is smaller compared to other major cities. Here’s how some of them compare.

Sometimes, it’s nice to swap the busy lifestyle surrounded by millions of people for a more serene and peaceful escape. Rather than battling on busy subways and crowded malls, you can enjoy relaxing on pink sand beaches and watching glorious golden sunsets to the sound of beach barbecue laughter.

Since those days years ago when Bermuda was first settled, the island’s popular appeal has increased. Now, it’s seen as the ideal destination for vacations and second homes. If you are considering moving here yourself, there are some steps to consider.

Considering Buying a Vacation Home On the Island?

The tranquil backdrop and overall relaxed atmosphere makes Bermuda the perfect location to purchase your very own condo.

Whether you're simply looking for more information on what a condo actually is, or needs tips on how to go ahead and purchase your own condo, our guide has all the answers.

Download your own free version by clicking the button below.