What Fish Can You Catch in Bermuda and When?

With the island itself shaped like a fishhook, it’s only fitting that Bermuda is one of the world’s finest destinations for anglers. So much so, keen fishers from around the globe descend upon the island every July for the Bermuda Triple Crown Billfish Championships.

But you don’t have to be a professional to catch a big one. Here are the wonderful fish you catch in Bermuda, when you can spot them and some handy regulations to keep in mind.

Things to Know Before Fishing in Bermuda

Fishing is a year-round sport on the island, but it's best between May and November. This is when the seas are calmest and big fish like wahoo, tuna and mahi-mahi run in large schools just off the shore.

In our opinion, chartering a boat is the best way to reef or deep-sea fish in Bermuda. If you do decide to take to the oceans, make sure you charter from a reputable company. An experienced captain will know all the best places to fish and might even show you some techniques to help you catch a big one.

Even novice anglers can spend a day at sea. Just don’t expect to bring home all of your catch since many charter captains supplement their income by selling the day’s bounty to local restaurants and markets.

The good news is you don’t need a license or permit if you’re shore fishing in Bermuda. 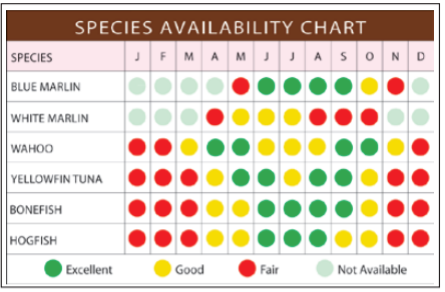 However, if you want to go lobster diving or spearfishing, unfortunately, you require a license. Currently, they’re only issued to Bermuda residents.

All through the spring and later summer months, you’ll find boats anchored on the banks (the outer reefs in Bermuda that typically attract a lot of fish), with chum tossed over the side to attract a wide range of species, turning the water into a veritable aquarium.

A highly migratory species, yellowfin tuna appear off Bermuda twice a year, showing up each spring and fall. They make up the bread and butter of the Bermudian charter industry and yellowfins caught here can weigh as much as 200 pounds!

If you can't get out to the island for the spring run of wahoo and tuna, don’t fret; the action picks up again come September.

Although everybody wants to wrangle a blue marlin, catching wahoo in Bermuda is fun for the whole family. Wahoo start to show in spring every year, allowing charter boats to start their season with a bang. We recommend grabbing some wahoo nuggets after a long day on the waves.

Wahoo season reaches its peak in May and the local charter boats can catch more than 200 a month. This tasty fish can grow to more than 100 pounds, so be prepared for a fight when a wahoo takes your bait. 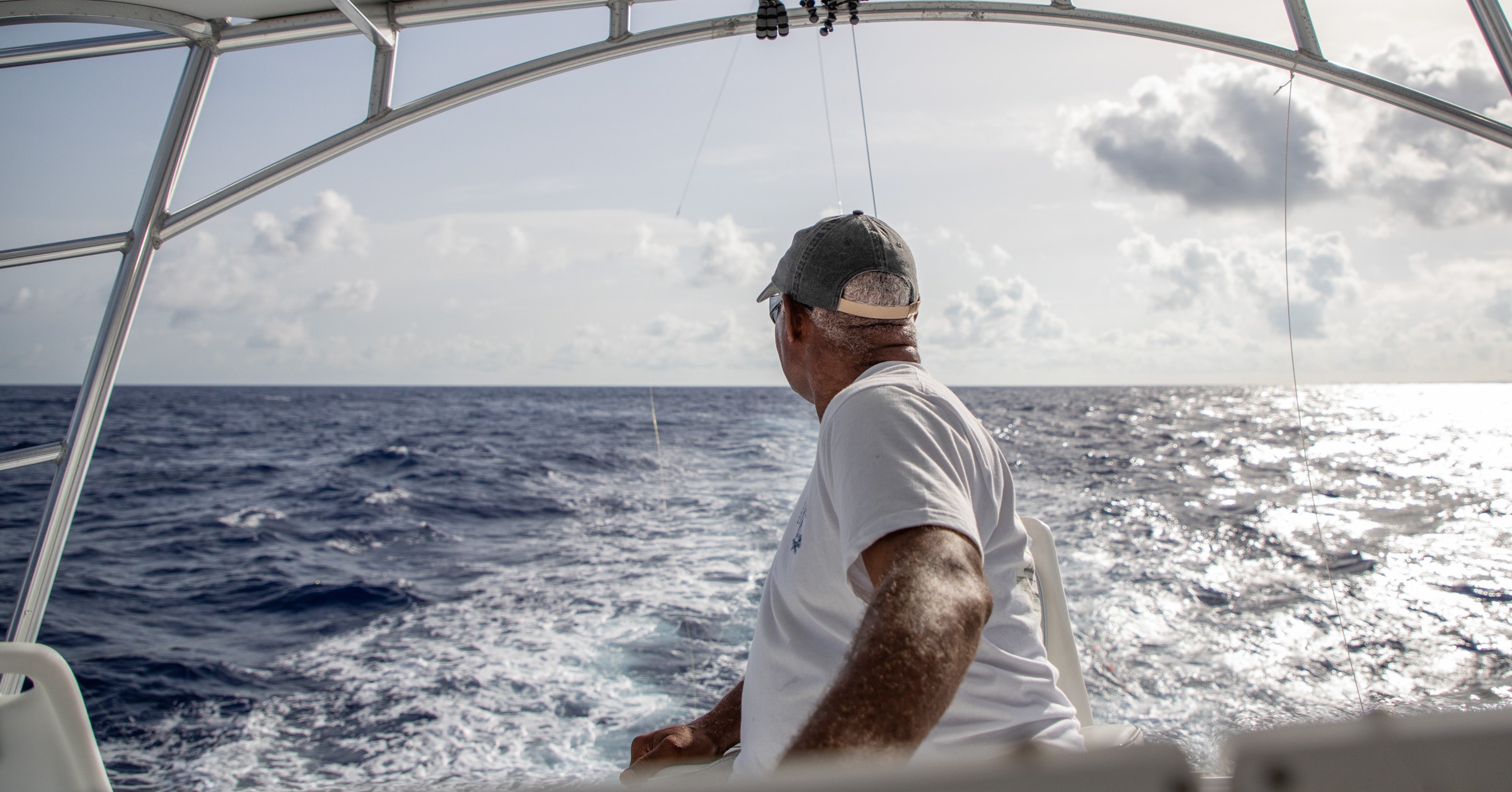 Bermuda solidified its reputation in the big-game-fishing world in 1995 when Capt. Allen DeSilva caught the largest blue marlin ever recorded in Bermuda - a real-life giant weighing just over 1,352 pounds.

For the best chance to capture a big blue, plan your trip anytime from June through September. Although the earlier months of May or June seem to have the biggest fish, you’ll find plenty in the hotspots.

You can find white marlin in the Bermudian waters too. They are the most underrated billfish species and while they’re the smallest of the marlin species, they still like to put on a show.

You may see two white marlin for every blue in May, but late in the season, boats tend to see more blues than whites. Marlin have been caught every month of the year in Bermuda, but the fishing is best during summer when the water warms up to 80 degrees.

You'll find a plethora of snapper species, triggerfish and porgies just a few hundred yards off the beach. There’s usually no waiting for a bite, which makes it perfect for the kids.

Also, if you’re after bonefish, you might want to try wading the beaches on the north side of the island during the warmer months.

No matter what kind of fishing you like to do, don’t miss the opportunity to enjoy a fishing excursion on your next trip to Bermuda. There are few places in the world with such a mix of natural beauty and abundance.

So, no matter your experience level or desire, whether to battle billfish or wrangle wahoo, you’ll always find something that hooks you in Bermuda.

Catch a Flight to Bermuda and Enjoy a Perfect Vacation Getaway

However you decide to spend your Bermuda vacation, on the ocean waves or wading out from the beach, we want to make sure you experience the best the island can provide.

Our free guide to lifestyle in Bermuda is full of information on local activities and places to visit to suit every interest and age, so there’s something for everyone. These island delights aren’t to be missed - download your guide below.