The Wonderful Wildlife of Bermuda and Where to Find Them

Although the remote island of Bermuda isn’t known for its wildlife, a unique collection of animals have managed to find their way here and now call this exotic destination their home. Whether they were introduced by humans, or they swam or flew in at their own will, there’s a truly fascinating range of wildlife just waiting to be discovered by you.

From the friendly giant humpback whales to little insects like the buckeye butterfly, you can find all sorts of gems in Bermuda. Some of the wildlife you can expect to see here include:

It’s hard to beat getting up close and personal with some of the most fascinating creatures in existence. That’s exactly what you can do in Bermuda. Around March and April, approximately 15,000 humpback whales pass Bermuda on their way north for a big feed.

And they don’t pass by without saying hello and putting on a show.

You can often find these whales having fun with their pods and breaching out of the water in an extraordinary fashion. Not only is it a once in a lifetime opportunity to come close to these amazing animals, but it also makes the perfect day trip for any family or a romantic activity for couples.

There are often plenty of boat trips for whale watching as it’s a sight that you’ll never get bored of - simply unbelievable.

The national bird of Bermuda can be found flying freely over the clear blue surrounding ocean. Also known as the Cahow, this nocturnal bird is white in color and has an iconic chirp that you simply cannot mistake. You’ll find this bird on Bermudian money notes too. The Cahow was thought to be extinct. However, 300 years ago they made a reappearance and have been an ever-present sight ever since! Even the native wildlife love Bermuda that much that they don’t want to move elsewhere.

The Buckeye Butterfly is unique and endemic to Bermuda. These fascinating little creatures are a real thing of beauty. They’re a golden color and are intricately detailed with the most fascinating symmetrical patterns. 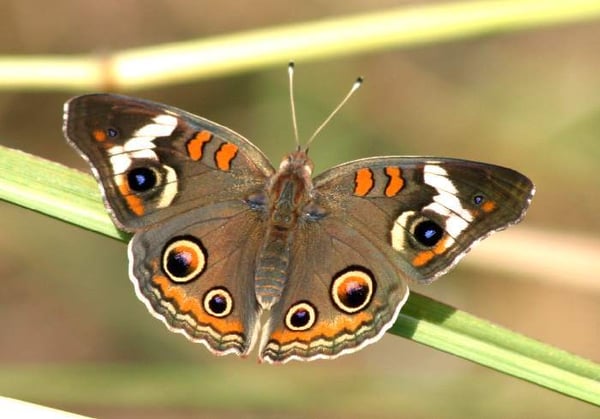 The male butterflies are particularly territorial and perch on weed leaves for most of the day, seeking out females to mate with. Meanwhile the females fly freely on the hunt for other insects to feed on. They’re approximately the size of an average person’s palm.

Cave shrimps are a particularly endangered species and are protected by common Bermudian law. These shrimps were first discovered by divers exploring the many beautiful caves on the island in 1985 and have unfortunately rapidly decreased in number since then.

You’ll be able to find these shrimp when snorkeling in the clear blue ocean surrounding the island, particularly around the caves. They’re really small (about 3.5mm) and are actually blind sighted. You’ll find them swimming around as opposed to resting on rocky surfaces.

Land hermit crabs rely on using other old marine shells for their own protection. So for this reason, they need to come to the coastline in search of a hard, suitable one. Obviously, at different stages during their lifespan, they’re a different size.

So, throughout their life, they discard their shells and are forced to find a new one that’s the right size and adequate enough to protect them.

Land hermit crabs are typically identified through their big jaws and hairy legs that are either red or purple in color.

They can grow up to four inches in size which means some of the larger ones can struggle to find a shell that’s the right size for them. You’ll be able to see them on the coastline of most beaches.

The iconic Bermuda longtails are a symbol of Bermuda and are the most common nesting bird on the island. They get their name from a single white-feathered longtail (we know, not the most inventive). You’ll often find these birds flying around in small groups. 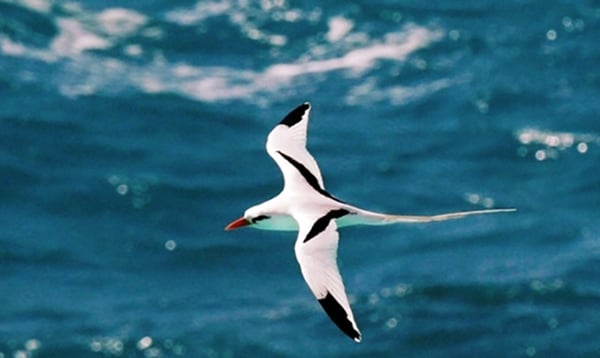 These are actually mating rituals and the birds are thought to use the same mate over and over again - which is really unusual for birds.

These chilled-out animals epitomize the true Bermudian feel. You’ll often find the five different species of sea turtle grazing the ocean beds and going about life in a totally relaxed manner - quite similar to some of the locals!

The turtles can grow up to about four feet and can weigh up to around 400 pounds. You’ll definitely bump into some of these amazing animals when snorkeling in the ocean, plus they’re friendly enough to get up close and have a great look at them.

There are usually plenty of tours in the peak season that specialize in swimming with turtles. So if they’re your favorite, be sure not to miss out.

The wildlife in Bermuda is absolutely stunning, just like the whole island. And to top it off, the wildlife isn’t the only fascinating thing about Bermuda. There are plenty of things to see, do and experience in this beautiful part of the world.

What to Do in Bermuda Throughout the Year

As we’ve just mentioned, as well as the wildlife, there are plenty of attractive points that justify any reason to visit Bermuda. It doesn’t matter whether you visit during the season or the winter months - there’s still plenty to do.

From a round of golf at one of the many championship golf courses to delving into the local cuisine, there’s something for everybody.

But don’t just take our word for it, we’ve put together a full list of activities that you can do throughout the year from activities to take part in and even events you can attend. Grab your free copy below.